We’re blessed to be witnessing a new Black Arts Movement inspired by and reflecting back the current wave of Black liberation that has been building momentum for the last decade. Here’s a short list of shows, documentaries, and movies that celebrate Black lives and love. Some of them have lesbian and bi characters, but all of them feature the stories of powerful women. 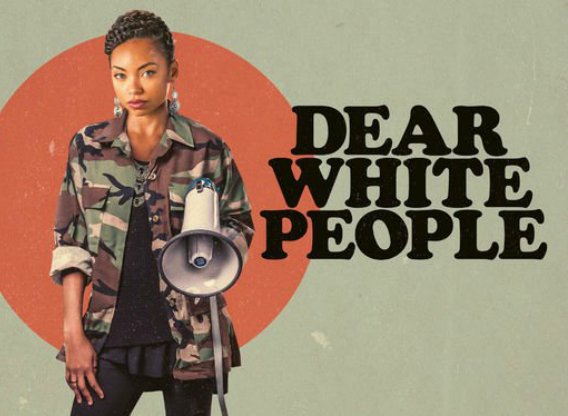 Dear White People is a Netflix original series based on the movie of the same name. It focuses on Black students at an Ivy League school, and the difficult race relations that happen between the white and Black students. The show is educational, especially if you’ve never studied Black history, but it’s also extremely binge-able. While the lead of the show is not a lesbian, viewers will be excited to see the character Kelsey come out, in her own words, as a “gold star” lesbian. Dear White People focuses a lot on the political policies that should be changed or erased.

She’s Gotta Have It

Similar to Dear White People, She’s Gotta Have It is the Netflix original show adaptation of the movie of the same name. The show features DeWanda Wise, and highlights her struggles as a young, female, bisexual, Black artist in New York as she navigates her relationships and career. Spike Lee does an amazing directorial job bringing to life her art, loves, and struggles.

Mrs. America is an FX original series streaming on Hulu that features Shirley Chisholm running for president. The show centers around the Equal Rights Amendment and the movement and countermovement that lead up to its passing but not being ratified. The movement had severe backlash that changed the political climate of the United States forever, and this show is a great one to educate yourself on history. The show only briefly touches on the Lavender Menace, but it highlights just how imperative equal rights are and will be in United States politics.

Hulu’s Shrill is a comedy based on the book of the same name. The show itself features two plus-size women as the lead characters, one of which is Fran. Fran’s character highlights what it’s like to be a plus-size, lesbian, Black woman, and how society has not been welcoming of her existence. Fran is a fuckboy, and at some point she recognizes the patterns she keeps repeating and she even evolves! Watch her grow up and glow up as she looks for love.

The Bold Type is streaming on Hulu. Kat is a mixed raced black woman and struggles deeply with how she identifies. There are several episodes of the show where Kat talks about being a black woman and what it means to her as a bisexual feminist. The show is definitely educational on race, gender, and sexuality.

Hulu’s original series, Little Fires Everywhere is based on the book of the same name. The show features Mia Warren, a single, bisexual, Black mother who struggles to make ends meet as an artist. Mia and her daughter Pearl also face racial discrimination as they move to Shaker Heights, a predominantly white town.

High Fidelity is Hulu’s adaptation of the movie with the same name. However, Hulu cast Zoe Kravitz to play Rob, thus flipping the race, sex, and sexuality of the original character. Rob is a Black, bisexual woman attempting to navigate relationships and the rest of her life through her love of music. The supporting cast is phenomenal and in addition to showing us representations of a Black woman in love, it tackles acceptance and around sexuality and sizism.

Out in the Night

In this documentary, we get a look at the ways that Black bodies are policed, the way the justice system works against them. And it’s from a unique perspective, since we don’t often see the way intersectionality plays out in media. Here we have the story of gender nonconforming Black lesbian women, attacked by a homophobic white man, subjected to an onslaught of bigoted media and a justice system stacked against them. Self-defense is the inalienable right of all people, and you’ll get a unique view of how this was denied to these women.

Hidden Figures is a film about the Black women who worked for NASA as computer scientists, and were instrumental in the development of the first successful American space launch. The movie highlights what segregation was truly like for Black career women. Similarly, the movie itself addresses the present politics of the United States during the time of segregation, and how the Black women behind the scenes were kept secret as a result. There are no lesbians in this film, however it does star bisexual icon Janelle Monae. It carries the theme of female friendship and empowerment and is super educational! Viewers can watch Hidden Figures on Amazon Prime Video.

The Secret Life Of Bees The Secret Life Of Bees is streaming now on Amazon Prime Video. The movie is an adaptation of the book and centers around Lily and her housekeeper Rosaleen. Rosaleen is a Black woman working for a white family, and she has gone through terrible things from racist people. The movie highlights the struggles that Black women face daily, and features Black women in a role model and mentor role. No lesbians in the story, but Queen Latifah stars. The movie will certainly pull at your heart strings and inspire you to do more.

Homecoming season 2 just dropped featuring Janelle Monae as the lead, and her supporting cast is amazing as well. This season features an interracial lesbian couple, highlighting exactly how race can impact relationships. The new lesbian thriller is a hit of 2020 and is streaming now on Amazon Prime. 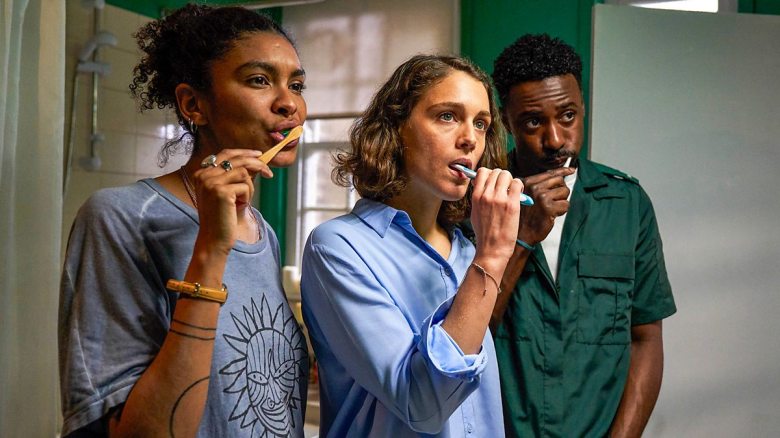 Trigonometry is now playing on HBO Max and delves into the lives of an interracial polyamorous throuple. The show highlights how the two women and one man enter their polyamorous relationship and the difficulties of navigating just what that will look like.

13th is a documentary about racial injustice streaming on Netflix. The documentary focuses on the intersection of race and incarceration rates in the United States. 13th is extremely educational about the United States justice system and the racial injustice within this country’s politics. The documentary also highlights the American Civil War and the impact of slavery. While the documentary is not lesbian-centered, it is directed by Ava DuVernay, easily one of the best directors of our time. Her storytelling speaks truth to power here, and is guaranteed to be thought provoking, whether you’re just starting to learn, or whether you’re deeply immersed in the Civil Rights movement past and present.

This indie movie brings the Black lesbian love representation we need and deserve! As our own Claire Heuchan writes, “Big budget movies about Black characters are almost entirely straight. And lesbian films that sneak into mainstream cinema are so white they need a special laundry setting.” This one’s a shortie, only 45 minute run time, but director Sidra Smith packs a punch in this snack-sized film.

These movies, documentaries, and shows come from the Black imagination, and bring us the representation of Black women that everyone needs to see. Whether it’s falling in love, being an antihero, or being a freedom fighter, these women are powerful and dynamic.

For more movies, shows, and documentaries to watch Netflix, Prime and Hulu have all added sections to their service that feature Black stories.