The Morning Show is a dive into mainstream journalism and centers powerful female news anchors. Veteran anchor Alex Levy (Jennifer Aniston,) rose to the top and now works damage control to negate the scandal of her male cohost. Expect to laugh and cringe as an adult man tantrums through the consequences of his own actions. Reese Witherspoon is Bradley Jackson, also a seasoned news anchor. Bradley is stuck in small town networks until invited to be interviewed by Alex on The Morning Show after a viral video. Alex tries to trap Bradley on live TV, but Bradley holds her own. Home girl is feisty and full of piss and vinegar!

“You know, I think America is tired of Twitter fighting. It’s ignorant and it’s contributing to the dumbing down of our country. Parties have created a good side and a bad side for their own purposes, and once you villainize someone there is nothing left to do but go to war with them,” dishes Bradley.

The usage of androgynous names for the women protagonists feels like a lowkey power move. You will see plenty of mighty female power moves in The Morning Show. As Alex explains to her daughter, “Sometimes women can’t ask for control, so they have to take it.” If iron-willed, intelligent women standing tall amongst giants are your thing, grab a seat.

It’s a clever, layered show full of nuance with brilliant writing and relevant topics. Of timely importance, The Morning Show scrutinizes the inappropriate sexual culture and gross misogyny that’s haunted ‘business as usual’ for far too long. They manage a very skillful confrontation of heated and complex societal ills, mimicking actual events that have come to light over the past few years. Be forewarned that it is a heavy series and difficult topics are faced head on.

Skipping ahead to viewing the good gay part won’t be your best bet, as season two won’t make much sense without season one’s framework. Enter a power-suited Julianna Margulies as Laura Peterson, a journalist from the same network as Alex and Bradley. The boss asks Laura to gently give Bradley a little bit of guidance. A natural chemistry exists between these two actresses, making the jump into bed, and their relationship, believable and organic.

Bradley is made to look at herself and her bisexuality and rethink who she paints herself to be publicly. Laura recounts being fired earlier in her career, when it was discovered that she’s a lesbian. Understandably, Laura has a hard time stomaching Bradley’s hesitance to proudly acknowledge who she is. The cultural climate has clearly changed in its embrace of sexuality and Laura thinks it’s a disservice to those, like herself, who came before and painfully paved that path. This isn’t an instance of Bradley being convinced or pressured into believing she is bisexual, for the record; Bradley knows this but skirts the recognition.

I could not agree with this frustration more. Representation is remarkably important. I did not come to terms with my sexuality until my mid 20s. Largely, this delayed realization came from not seeing any role models in my adolescence. As society slowly changed, and I saw lesbians on TV and met them in my own life, I was able to connect the dots. I had a light bulb moment: people like me are real and women who love other women and build lives with them exist.

It is our duty to show up for the younger generations and be seen. Showing up without omission and unapologetically to set an example is an important job and a noble one. I’m not talking pride parades and in-your-face constant rainbow flags whilst pushing public displays of sex. Simply owning who you are, non-obnoxiously, is an incredibly powerful act. A humble presence speaks volumes.

I do understand that revealing details about oneself is a personal choice and declaring that should be directed by the individual in a way that feels empowering. My opinion is just a gentle nudge to consider that you might make more impact than you know by sharing yourself. The world needs more unadalturated lesbian and bisexual authenticity. I’ll step down from my soapbox now.

Sometimes we’ve got to work on our own baggage before we are ready to own ourselves, and Bradley shines a light on that need. Life is immeasurably complex. Forgive me if I’ve oversimplified the realities of coming out, because I know it isn’t a cake walk. I don’t want to give away too much of Bradley and Laura’s storyline in how this develops. It’s worth the watch and relatable.

The Morning Show’s entrance and portrayal of a same sex romantic relationship opens up the door to more dialogue of what it means to be to be a woman who loves women and explores topics that affect us culturally, not often broached by A-list actors. It smells like progress to me.

The Morning Show can be viewed on AppleTV+. 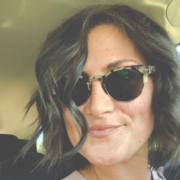 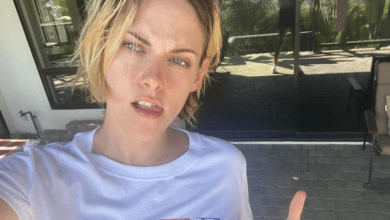 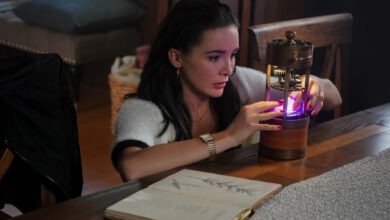 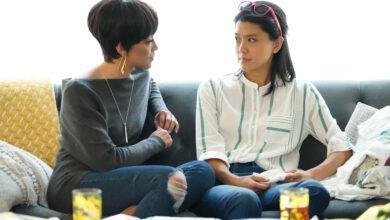