The news starts coming and it don’t stop coming. Just like lesbians apparently. Ready for another round of news, ladies?

Study Suggests Gays and Lesbians Are More Prone to Migraines

Study Suggests Gays and Lesbians Are More Prone to Migraines

The homophobia never ends. The University of California San Francisco looked at 10,000 people between the ages of 31 and 42, with just over 4 percent of that population saying they were homosexual or bisexual. According to lead author Dr. Jason Nagata, homosexuals are 58 percent more likely to experience a migraine compared to heterosexuals. But why? Dr. Nagata stated that more research was necessary, but states that homophobia and discrimination leads to stress. Anyone who suffers from migraines knows stress is a huge trigger. The homophobia truly never ends…

Singer Emily Ritz found love. In herself. Good for you, queen. Ritz has stated in the past that she has struggled with finding enough confidence in herself and in her work. “I thought, that maybe if I wrote a song about already being in love with myself and sang it enough times that I’d actually begin to feel that way,” she said. What makes this better? The music video was directed by her real life partner Taylor Schilling. We love to see it.

“The Last of Us” TV Series to Air on HBO

Playing the The Last of Us was essentially like watching movie where you the viewer get a chance to participate. It was only a matter of time before it got turned into a show. Some are even saying that this show could be for gamers what Game of Thrones was for fantasy fans. But we all know how that ended. In any case, Neil Druckmann, the game’s director is onboard, but who will play the iconic characters and when it will be released remains to be seen. We do however know that the show will feature an “enhanced” story, meaning the main plot will mirror that of the game, but some blanks will be filled in. Druckmann has confirmed that both Ellie and her girlfriend from the Left Behind DLC, Riley will be featured. But as anyone who has played the game knows we will once again have to watch a lesbian die.

Lesbian moms alert! UFC fighters Nina Ansaroff and Amanda Nunes consistently feature on our articles about fighters. It’s what they deserve. And now the couple have welcomed their first child into the world. Ansaroff gave birth to a healthy baby girl on September 24th. The couple shared photos on their Instagram accounts and revealed their baby’s name, Raegan Ann Nunes. We wish this happy little family nothing but the best!

COVID-19 really shook up the sports world. For a while, no one thought they’d come back, but they did. And despite players testing positive, having to live in a bubble, and even going so far as to refuse playing to protest police brutality, the WNBA managed to make it though its extremely shortened season. The Seattle Storm dominated their final game against the Las Vegas Aces to take home the championship, giving Sue Bird the fourth championship in her WNBA career. And of course lesbian soccer legend Megan Rapinoe was there to support her girlfriend. We love a sport power couple.

The Provocateur is a new outlet that offers uncensored conversations with today’s leading women. And that definitely includes several lesbian and bisexual celebrities. Lea DeLaria talks about butch representation. King Princess also offers insight to representation. And Sandra Bernhard touches on her career, self confidence, and the upcoming election.

Systematic Arrests and Torture of Gays and Lesbians in Egypt

While homosexuality is not illegal in Egypt, authorities behind these arrests are using an anti-prostitution law form the 1960s that contains a clause about debauchery. Of course the courts have interpreted this to include homosexuality. Those arrested are often held in inhumane conditions. Many individuals are entrapped through social media and dating apps. Rasha Younes, a researcher for Human Rights Watch, says “Egyptian authorities seem to be competing for the worst record on rights violations against LGBT people in the region, while the international silence is appalling.” Egypt has even refused to recognize the existence of LGBT people at the UN Human Rights Council.

Ana Brnabic will serve a second term as Serbia’s prime minister. Brnabic was Serbia’s first female and first openly lesbian prime minister. If that wasn’t enough, her partner gave birth during her first term making her the first openly gay prime minister whose partner gave birth while in office. She was nominated by Serbian President Aleksandar Vucic to remain in office after he resigned to run for president. Despite all this, the gay community isn’t as happy as you’d think. In 2018, she was told she was not welcome at a Pride parade. Why? Just a year prior, she told the crowd at Pride that their issues would would not be addressed until more important issues were tackled. No wonder she’s so unwelcome at Pride.

Sports managed to find a way to come back, but the film and TV industry hasn’t had such an easy time. Some shows found a way. And the L Word: Generation Q is one of them. Production is set to begin next month. You might be wondering how they could possibly show any of the more intimate scenes during a pandemic. They will be relying on “safety protocols and narrative tricks” to get that done. To ensure the safety of the cast and crew, there will now be aggressive testing of the cast and crew, quarantining, on-set medical professionals, camera wizardry, illusion, and innuendo-laden scripts with subtext. And if there’s one thing lesbians are good at, it’s deciphering subtext.

On Grooming, Gender Nonconformity, and Cuties 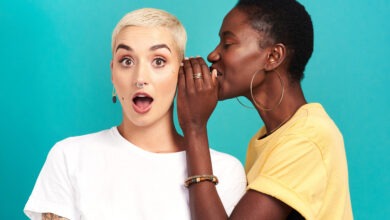 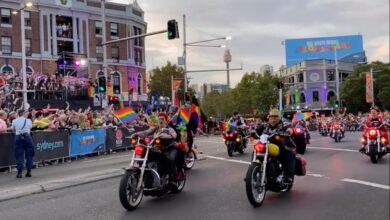