Ready another round of news, queen? Sure you are! Luckily for you, we did all the hard and rounded up all the lesbian news.

Amid a debate on why so few women are immortalized in statues, Britain unveiled a statue of two lesbian pirates, Mary Read and Anne Bonny. Yes, the very same Anne Bonny that many of you might know from the show Black Sails. Despite what the show will have you believe, historical sources tell us that she and Read were lovers. The statue was unveiled at the Execution Docks, an area on the banks of the Thames where smugglers and mutineers were hung. The statue will then be moved to Burgh Island early next year where it will remain permanently. The statue was commissioned by Audible, which is releasing a podcast dramatizing the women’s lives.

The biopic is based on Silvia Vasquez-Lavado’s upcoming 2022 memoir In the Shadow of the Mountain. Vasquez-Lavado was the first lesbian to complete the Seven Summits, the highest mountains on each of the seven continents. This of course includes Mount Everest. She also founded Courageous Girls, a nonprofit organization that helps survivors of sexual abuse and human trafficking. Gomez will produce through her production company, July Moon. As of now, there’s no word on a release date for this movie.

The $2 million national study seeks to answer one question: What protective factors reduce the likelihood that lesbian and bisexual women will consider killing themselves? I know we’re all screaming about how homophobia and misogyny are huge factors, but let’s hear them out. The study will focus on lesbian and bisexual women between the ages of 14 and 30. Through online surveys and individual interviews, research will look for experiences at key moments in their lives that are associated with considering suicide. “We know that connectedness – a sense of belonging – is an important deterrent to suicide,” Lindsay Taliaferro, an expert in self-harm, says. “And we know that isolation and concealment of who you are can bring about hopelessness and depression.” Well, we could’ve told you that.

You may remember hearing Karine Jean-Pierre’s name before. She was the powerhouse lesbian Kamala Harris appointed to be her campaign chief of staff. And we all know that was a success. Prior to that role, she worked in the White House Office of Political Affairs during Barack Obama’s first term. “Serving and working for President Obama where you can be openly gay has been an amazing honor,” she said of her role. And now her name has been thrown into the mix for becoming the president-elect’s press secretary. If she is picked, she would be the first Black woman and the first out lesbian in the role.

After dropping “Only Time Makes It Human,” a song co-produced by Mark Ronson, King Princess is ready to give the lesbian masses more music. “PAIN.”

But why are LGB individuals more like to develop dementia? It’s the homophobia, babes. Researchers from Michigan State university believe depression is the biggest factor. Depression that is caused by a homophobic society. Existing research on the relationship between depression and dementia has yet to figure out which causes which. Either way, the root of the problem seems to be homophobia to me. Will it ever end?

Never in my life did I think I’d read these words, but here we are. The character, Mileena, is in a relationship with another woman, Tanya. They even have a daughter together. It had been long suspected that Mileena was a lesbian, but most of it was based on subtext… Until now. Will she raise her daughter to be as deadly as her? Most likely. Mortal Combat 11 is available now on Xbox One, Playstation 4, intend Switch, PC, and Google Stadia.

Feminist Alice Coffin’s book Le Génie Lesbien exposes male domination in France, stating that women need to take a mental break from men. Naturally that ruffled some feathers. The book’s title also seeks to reclaim the notion of a genius. “All my childhood, my teenage years, I used to think only men could be geniuses [because] I was only seeing acquainted with musicians, writers, painters that were men. Getting older, I discovered not only all those women who had been erased from cultural history, but also that many were lesbians.” Well, good for you queen. So what exactly is the problem? Coffin states that she tries not to consume media made by men, instead focusing her attentions on women. “It’s not that I’m eliminating all men, it’s just that I know their books, I know their music and I know so little about women’s literature, women’s cinema. This is an attempt to get access to other kinds of thinking, other minds,” she states. Despite the backlash, Coffin mentions the wave of support and positive messages she gets from mainly younger women.

It’s Time To Party: Here Are Your Sagittarius Season Lesbiscopes 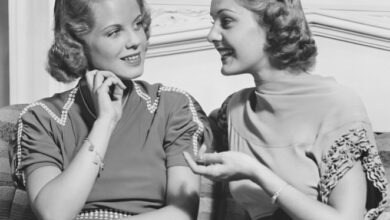 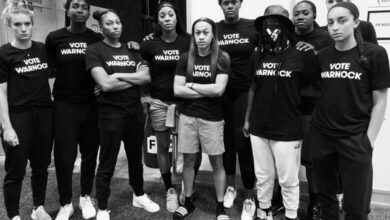 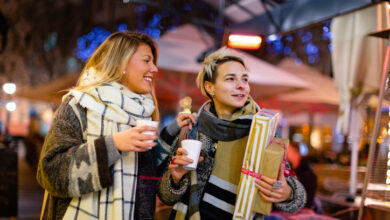