Are you doing detective work alongside Nancy Drew? We are too. However, there have not been an overwhelming amount of lez moments this season, so we’re recapping three episodes at once to give you the best highlights.

Without further ado, let’s go see what Nancy and the Drew Crew have been up to.

In this episode, Nancy and her friends are still trying to figure out how to get out of this jam with the Agleaca. The seaweed spirit they made a deal with is coming for their lives in a matter of days.

Throughout the episode, the gang tries to find a 45 record that will tell them how to defeat the Ageleaca. This search leads them to find information about Mac, who had passed away, but was the owner of the 45. They learn quickly that Mac was apart of the orphans who had been killed by the Agleaca in the past.

This search leads them to the orphanage, where they find a body. It turns out to be Buddy’s body, one of Mac’s friends from the past. But, more on that later.

Meanwhile, Nick’s mom pays him a surprise visit. The entire episode Millie is trying to convince her son to come home with her, and needless to say, she is not a huge fan of George’s either.

Speaking of parent problems, Ace has been hanging out with Carson behind Nancy’s back, which brings up a lot of mixed feelings for Nancy. As the gang nears their death date, Nancy debates her reconciliation with Carson.

The Drew Crew finds the 45 at the bar Mac used to frequent. Mac’s ghost shows up and tries to attack them, and they blast the record. Suddenly, all of the Agleaca orphans show up and join forces, disappearing completely like a high school reunion.

The team then dissects the 45 and finds out it’s a song by Odette to her victims; she’s the Agleaca. They only have a week left to learn how to defeat her!

Season 2 Episode 3: The Secret of The Solitary Scribe

The clock is ticking for the Drew Crew, and in this episode, our favorite lesbian, Bess hatches a plan.

Bess wonders if they give back Nancy’s mom’s bones to the Agaelca, if their debt would be reserved. Thus, saving the gang. There’s three days left.

Nancy noticed in the last episode that flowers had been placed on the Aglaeca’s orphan’s graves, and one orphan is missing. Come to find out it was Carson Drew who paid for the flowers… Nancy confront’s her estranged surrogate father, and he tells her he does the flowers on behalf of a client, AJ. THE MISSING ORPHAN.

They visit AJ’s home, who is pretty much terrified of everything. Nancy ends up stealing a talisman of his to further investigate; AJ calls Carson later on about this, indicating that Nancy is in danger.

Long story short, AJ gets arrested for helping Nancy fight off spirits that were trapped in the talisman. While in jail, AJ reveals to Nancy that he made a deal with the Aglaeca to save Hannah’s life; Hannah has been a helper of Nancy’s for awhile, giving her leads all over town. Hannah had been in a car accident that the Aglaeca caused with the orphans, AJ made the deal to save her life.

Nancy decides to give her mom’s bones back but ultimately the Aglaeca does not take them.

The Drew Crew heads to AJ’s to find any clues that could help them; they find AJ was working on a Dybbk Box to trap the Aglaeca and they take it. Then they bury the talismen there, ending the episode with the Aglaeca standing by, watching them…

Season 2 Episode 4: The Fate of the Buried Treasure

Finally the gay content you have been waiting for! But more on that later.

There’s 46 hours left for Nancy and the Drew Crew. It turns out that AJ’s Dybbk Box was junk, but Ace found one in a museum in Boston. Likewise, they also need Odette’s possessions in order to trap her in the box, so Nancy sets off on that adventure.

Resident lesbian Bess and some of the gang have started writing the obituaries, as they are not being overwhelming hopeful. While Bess is looking at her obit, Lisbeth (her girlfriend!) comes to chat with her. They say they miss one another, and Lisbeth invites her to have dinner with her parents. They share a sweet kiss, and Bess agrees. *swoons* However, Lisbeth doesn’t know what’s going on with Bess right now, and how she may die in two days. Ooof.

Bess and Nancy go to investigate the cottage where Odette’s husband lived when he was alive. They find that Odette had been murdered by him, despite the tour guide saying she simply died in the ocean.

Meanwhile, Ace is meditating on the conversation between Ryan and Carson as they fight over Nancy. They go to get the Dybbk Box, which apparently Carson can’t lawyer his way into renting; so, Ryan buys the box and then they are back on their way to Nancy.

Nancy and Bess explore a cellar where Agnes was held hostage; Agnes married Odette’s husband who killed her. Nancy gets trapped in the cellar, but follows the clues Agnes leaves for her in a hymnal.

The hymnal clues leads Nancy to a confessional booth in the church. There, she finds Odette’s necklace and love letters… that Odette had sent to an English woman. Odette was gay! That’s why her husband eventually killed her, and Agnes felt compelled to leave the clues behind about her.

Speaking of gay, we jump cut to Lisbeth’s family at dinner. Bess is so distraught that she ends up bailing on the dinner, because she knows she could potentially die in a couple of days. Sad.

Finally, the Drew Crew heads to the ocean with all they collected. The Dybbk Box does not capture Odette, but as she touches her belongings she becomes more human. Odette runs away to recharge her energy, and the gang realizes that she can potentially be killed.

And we fade out. 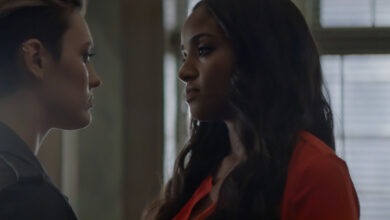 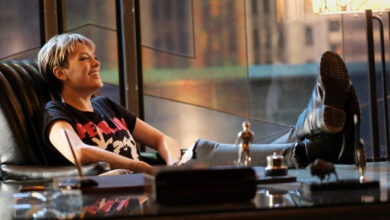 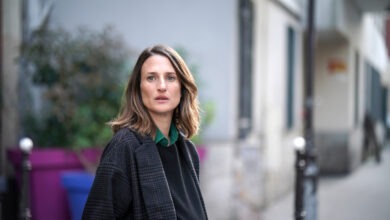 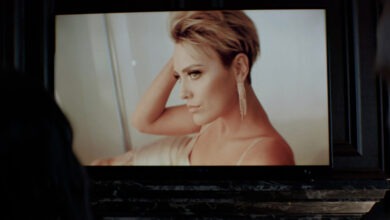