While we can’t definitively know historical figures’ sexual orientations, Pamela Coleman Smith was likely a lesbian. Coleman Smith and her companion of forty years, spiritualist Nora Lake, socialized with lesbian and bisexual women during the first half of the 1900s. Coleman Smith was never linked to a man.

Bisexual suffragist Edith “Edy” Craig was one of Lake and Coleman Smith’s friends. Coleman Smith used Craig as the model for the Queen of Wands card in the Rider-Waite-Smith tarot card deck, which she illustrated. Despite labouring over the 80 cards, Coleman Smith’s name is rarely attributed to the deck. It’s most often called the “Rider-Waite” deck.

Occultist and scholar Arthur Edward Waite met Coleman Smith at the Golden Dawn, “a western mysticism order they both belonged to,” and asked her to illustrate the tarot deck. It was a task she wrote to friend and gallery owner – who repeatedly featured her art – Alfred Stieglitz, that it was “a big job for very little cash!” The Rider-Waite-Smith tarot card deck was inspired by the 15th century Sola Busca tarot, which was “the only tarot to use pictorial images and not repetitive numbers” at the time.

Coleman Smith never finished her degree due to a mixture of her mother’s death and her own illness. By the time Coleman Smith was 21, she’d lost both her mother and father. Her father died while Coleman Smith was travelling with Ellen Terry, Henry Irving, and Bram Stoker, while working on costumes and stage design for the Lyceum Theatre group.

Arthur Ransome, in his 1907 Bohemia in London, writes that Coleman Smith, who went by the nicknames “Gypsy” and “Pixie,” had an artistic following and “wore orange robes…[regaling] her guests with folk tales and performances.” She produced “paintings, illustrations, calendars, and posters, and even branched out into miniature theater.” She contributed to The Broad Sheet, wrote Annancy Stories and Widdicombe Fair (both 1899), started the paper The Green Sheaf, and produced The Illustrated Verses of William Butler Yeats (1898).

Coleman Smith had synesthesia, a neurological condition “which is an automatic visual experience…activated by sound.” She said about synesthesia, “What I wish to make plain is that these are not pictures of the music theme…but just what I see when I hear music. Thoughts loosened and set free by the spell of sound…subconscious energy lives in them all.”

Coleman Smith’s color schemes were inspired by listening to music. She was the first non-photographic solo exhibition at Alfred Stieglitz’s 291 gallery. The exhibition “featured 72 watercolors…[that portrayed] Symbolist and Celtic-inspired fairytales, folklore, and dreams, in which spectral creatures appear in phantasmal landscapes.” She wrote in her essay Pictures and Music, “When I take a brush in hand and the music begins it is like unlocking the door to a beautiful country…with plains, mountains and the billowing sea.”

Her life (and death)

Coleman Smith was born in 1878 to a Jamaican mother and white American father. Despite being an eccentric spiritualist, Coleman Smith converted to Catholicism by 1911. Catholics “were an oppressed minority in the U.K,” so the move to convert “likely only enhanced her eccentricity” rather than detracted from her witchy ways.

Passing away in 1951 from heart disease, a decade after being recognized by the Royal Society for the Encouragement of Arts, Manufactures, and Commerce, Coleman Smith made a small living by “running a home for Catholic priests.” Her occupation was listed as a “Spinster of Independent Means,” and her estate was left to Nora Lake. Where Coleman Smith has been laid to rest is a mystery. It’s unlikely she was cremated due to being a devout Catholic, perhaps she was buried at sea, but her body – and the originals of the tarot cards – simply vanished.

Coleman Smith was very well-known in literary and artistic circles during her life for somebody who’s rarely acknowledged for her contributions to art and spirituality today. Not only did she create the most famous tarot deck, but she was a writer, visual artist, illustrator, costume designer, verbal storyteller, fashion icon, and stage designer.

If Coleman Smith was a white, straight man, rather than a black, lesbian woman, we’d know much more about her. She would have received the gratitude she deserves. Her name was and is often conveniently left out of the deck she laboured over, which is just symptomatic of the racism, homophobia and misogyny that makes it “okay” to discredit her work. 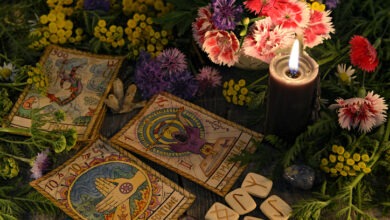 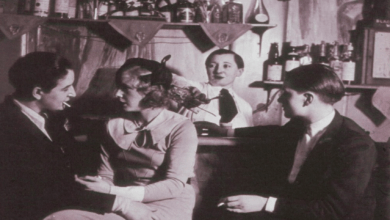