Who dat, who dat, who dat is? It’s Bae Joohyun, Kang Seulgi, Shon Seungwan, Park Sooyoung, and Kim Yerim. But you might know them by their stage names, Irene, Seulgi, Wendy, Joy and Yeri. They are Red Velvet. And we lesbians love them. Since debuting in 2014, the South Korean group has amassed millions of female fans. And a big chunk of those fans are lesbian and bi women. In fact, in 2020 an online survey asked the lesbian and bi women of South Korea about their favorite K-pop singers and wouldn’t you know it four of the five Velvets ranked in the top 10 (#1 Irene, #2 Seulgi, #8 Wendy, #10 Joy). But what is it about this group that we love so much? Read on to find out.

Bops, Bangers, and Jams Oh My!

First and foremost, their music slaps. Many of you are skeptics, “but Gabs, aren’t they just another manufactured generic pop group?” Open your mind, my friend. Nearly all pop music these days is manufactured to make money. So what makes the Velvets different? They aren’t afraid to take risks. Their music is much more complex than that of similar groups. And their ability to make songs uniquely their own. Versatility plus raw vocal talent equals something special. Often times it doesn’t take much to make a song pop. They didn’t need to add a second layer of harmonies in “Bad Boy,” but they did. It added depth to the chorus. They didn’t need to incorporate pizzicato strings into Psycho, but doing so made the song unique. In fact, music critics from across several outlets ranked Psycho as the best K-pop song.

Irene’s rapping and Wendy’s belting in “Red Flavor” made what would have been cutesy pop song into the jam of the summer. And did you know Irene’s D7 whistle note in “Really Bad Boy” was the highest note ever recorded in K-pop history? Never mind that Wendy is frequently mentioned as being the top vocalist in the industry. Their hard work hasn’t gone unnoticed. Music producer MaxxSong complimented the Velvets on their hands on approach, their technical knowledge, and their attention to detail. The Velvets are no strangers to writing their own music. All that effort makes for unique, unforgettable songs. Because no other group on this planet could have done Zimzalabim and that’s the tea.

It’s not enough to sing. K-pop groups need to dance, too. And you know the Velvets aren’t going to skimp on the choreography. Irene and Seulgi’s “Naughty” made everyone’s jaw drop. It takes insane amounts of skill and hard work to perform a dance style that requires both speed and precision, and with a partner no less. But more importantly… Hands. And you know we lesbians are all about the hands.

But what about the Velvets as a group? Who could forget the optical illusion they performed during “Peek-A-Boo?” Still not convinced? What about flawlessly dancing to one of their songs that’s been sped up to twice the speed?

The Velvets have not one, but two members frequently mentioned as being the top dancers in K-pop with Seulgi and Wendy.

I mean… What more can I say. When Irene said, “I’m original visual” she meant that. We are looking respectfully.

They Love Us Too

We know lesbian baiting isn’t new in the K-pop scene. And the Velvets know how to do it well. We all lost our collective minds when Irene did this to a cake in the video for “Cookie Jar.”

Then there was the time a certain bit of choreography for “Sunny Side Up” made the all the ladies gasp. During an interview for Love Game Radio, Irene explains that originally she was making contact, but after causing a bit of a hoopla she has since left some space. I’ll let you figure out which part she’s talking about.

But the Velvets seem to do more than just bait. Their music video for the Christmas ballad “Wish Tree” features a woman who is secretly in love with her best friend. It’s something most of us can relate to and the video itself is respectful of our experiences.

Then the Velvet’s upped the ante with “Bad Boy.” The video almost plays out like lesbian telenovela. Bear with me here as I summarize.

Is it just my lesbian imagination going wild? You tell me.

Speaking of the Velvets and murders, we can’t forget about “Peek-A-Boo.” So they killed some guys for ritual sacrifice. That’s all fine and good. But let’s talk about their rainbow dresses. Sure they’ve held rainbow flags on stage, and there’s even a rainbow flag on the cover of their last full album.

But to predominantly feature the rainbow in a music video and performance is on another level. According to the Velvets themselves, they wore these dresses on purpose because they are 100% aware what the rainbow means. In an interview Wendy said, “we wanted to show them that we are feeling the same feelings with the same age [group] as our group and connect with them through our songs.” We appreciate it, queen.

Speaking of Wendy, Miss Shon has all the ladies running after her. And she knows it. If she’s not flirting with her bandmates or female fans, she’s treating us to a cover of Kehlani’s “Honey.” And who could forget every time she changed the lyrics in the second verse of “Light Me Up” to “oh girl” to make all the ladies go wild.

Then there’s “Monster.” Irene and Seulgi knew exactly what they were doing. During Kim Shingyoung’s Hope Song at Noon, Seulgi mentioned creating a PowerPoint presentation of all the images she’d like to include in the music video. She mentions that most of her ideas were included and we are thankful for that. The host even commented on Irene’s “girl-crush” side. Irene was delighted it suited her. Ma’am I assure you, plenty of us were crushing on Irene before this video wrecked us.

Outside of music videos, the Velvets have no problem supporting lesbian and bi artists and media. Even going so far as to recommend a song about lesbian sex on their official Instagram account. You think I’m messing with you?

What about Seulgi sharing a picture of her room as she sits beside a poster of Blue is the Warmest Color?

To take it one step further, I scrolled through miles of fan anecdotes from lesbian and bisexual women who have met the Velvets. Not a bad comment in sight. In fact, it almost seems like they take extra care to make them feel welcome. And that leads us to the next reason we love them…

This last year has been an absolute nightmare, hasn’t it? Not to worry, the Velvets have come to the rescue. Not a single one of them hesitated to donate money out of their own pockets to help those affected by the pandemic. Yeri even went so far as to donate 10 million won to Baby Box, an organization that takes in babies from people who do not have the means to care for them. Furthermore, they’re always reminding fans to take care of their mental health. Having been raised in Asian family myself, I can tell you the concept of mental health is just not mentioned. Ever. So to have an Asian group break that silence means a lot to fans who have mental health struggles. Wendy’s song “When This Rain Stops” even reminds us that everyone needs rest, especially if you’re feeling burnt out. Okay Miss Wendy, just @ me next time.

They’re also not afraid to show support for causes even if it angers a part of their fan base. Be it BLM or feminism, the Velvets are on it. But let’s take it a step further. Late last year, controversy surrounded Irene when a stylist publicly accused her of being hostile. An outpouring of positive messages from back-up dancers, staff, stylists, and fans reminded us that one bad day shouldn’t negate a near lifetime of kindness and compassion. We’re all only human after all.

I spoke to four of my lesbian friends and asked them to tell me why they personally love the Velvets. My first friend, had this to say, “I like Red Velvet because I’m a simple lesbian. I see pretty gals singing absolute bangers with great choreography and I have no choice but to stan.” Is she a pencil? Because she has a point! She goes on to mention that while they are great as a group and consistently put out great music, they are all incredibly talented individually as well.

My second friend, who we’ll call GK, was kind enough to send me an incredibly thoughtful response so my simple question. She mentions how the Velvets have helped her during the pandemic. In fact, she found them through other lesbians. She mentions how doubtful she was at first, but in the end they got her. “Their songs really spoke to me out of all the other K-pop acts.”

Another friend mentioned that their music “is like candy.” Adding that she can tell these women love their jobs as it comes through in their music. She also said, “Irene may gay bait the hell out of us, but I’m enjoying it.” You and me both, sister.

The last friend mentioned the Velvets’ sisterhood. “You can tell these woman actually care about each other. They treat each other like family and that’s so rare to see.” She makes an excellent point. “They really support each other and it’s not a competition when someone does something solo.” Nothing is more evident of this than their support for Wendy’s solo album. When I asked if there was anything else she’d like to add, she simply said. “The chaos.” Oh yes, the classic Velvet chaos. Whether it’s Drunken Seulgi falling down or Irene zoning out during an Instagram Live then calmly saying “boobs,” or their antics on the Level Up Project, they’ve gifted us with plenty of chaotic moments. Aside from the laughs, this also serves as a reminder that they aren’t just pretty faces. They are women with distinct and complex personalities, just like us. And they deserve to be treated with just as much respect.

Now you might be saying, “and what about you, Gabs? Why do you love them?” Just like GK, they kept me sane during this pandemic. I’d lost all hope of getting back into music, thinking the nerve damage I suffered was too severe to hold down a string, let along bar a chord. But something about the Velvets’ music got me out of that rut. Now I’m doing acoustic covers of their songs. And had it not been for Wendy’s solo album you wouldn’t be reading this today. I was ready to quit writing altogether. Her vocals, like water, seeped into the cracks of a broken heart and brought life back to something I was ready to bury. So thank you Red Velvet, you were able to give me something I couldn’t give myself… Happiness. And for that, I am forever grateful.

We Give Them A Perfect 10

We lesbians have impeccable taste. Especially when it comes to music. The combination of vocals, visuals, and choreography with a generous sprinkling of chaotic energy make Red Velvet a unique pop group. And the unbreakable bond formed by five very different women make us love them even more. They’ll make us laugh, cry, then remind us we’ll be okay. And these are just some of the reasons we love the Velvets. 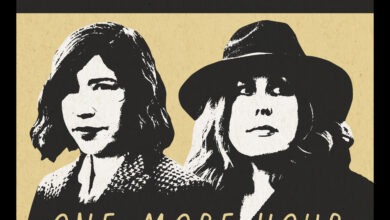 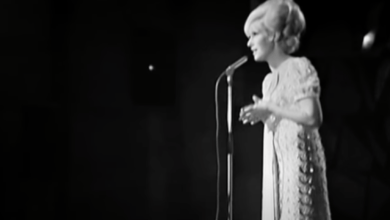 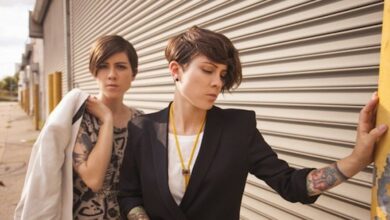 Tegan and Sara’s Memoir ‘High School’ to Become a Series