Illinois’ Cleve Carney Museum of Art (CCMA) is wrapping up its Frida Kahlo exhibition, Frida Kahlo: Timeless, on September 12. Bisexual Frida Kahlo was “one of the most recognized artists of the 20th century,” whose unique painting style reflected “both the culture of her native Mexico and contemporary artistic trends of the time,” according to CCMA’s website.

“Her work directly drew from all aspects of her turbulent and yet exceptional life, from her complex marriage to the famed muralist, Diego Rivera, to complications surrounding childbirth, and the life-long pain and difficulties stemming from injuries she sustained in a bus accident at the age of 18. Frida Kahlo was also a cultural icon, recognized by her elaborate Tehuana clothing, stunning jewelry and hairstyles adorned with flowers – all of which allowed her to assert her Mexicanidad influenced by traditional Mexican culture.”

Frida Kahlo blended her politics, art and life together to articulate her truth. She challenged the notion of artist-as-performer by using art as a way to document her point of view. Frida confronted traditional ideas about art, freedom, and societal expectations. Her artwork continues to be relevant after her death in 1954 because her authentic, considerate point of view is equally important today.

Despite Frida Kahlo’s authenticity — and the fact she was a “lifelong socialist and Marxist-Leninist,” according to Liberation News — her face has been commodified and commercialized for capitalist gains.

“At first glance, this may seem like a natural progression of change, a direct result of women’s movements and progressive understandings of gender equality,” wrote Priya Prasad. “Yet the idea of employing feminist rhetoric for capitalistic gains is not new, and has been obfuscated in language meant to evoke a sense of feminist identity that appeals to liberal sensibilities. The more recent utilization of women’s images to invoke this idea of corporatized feminism is an elaboration of a trend which began in the 1980s. One of the most blatant instances of this is the application of Frida Kahlo; her image has morphed into a subdued, feminized, and whitened ideal of feminism for mass consumption that stands in direct opposition to both her life and artistic endeavors.”

The cosmetic and advertising industries co-opt meaningful liberation movements to sell stuff. When this pattern took off in the 1980s, it changed feminism in return: instead of “the personal is political,” it became “empowering” to do anything you wanted to do, without critical thought or consideration of consequence for all. The individualistic ideal that freedom is about how we, individually, can “make choices,” completely ignores the fact that everything we do is governed by the structures in which we were socialized. Girls begin wearing makeup because we’re taught it’s a rite of passage into becoming women. We aren’t born with a makeup brush in hand.

“After two decades of demands for transformation in the political and social realm by marginalized groups, the 1980s economic and social slogan focused on the individual, the way people could singularly fix their own problems without state intervention,” wrote Priya Prasad. “These problems could now be lessened by individual determination and an unregulated private sector, companies claiming to provide the solution to a person’s every intimate need, a true capitalist fantasy.

“Advertisements declared that women could improve themselves by taking care of themselves, care in this sense concerning only their physical appearance and improvement coming in the form of a more active role within consumer culture. Purchasing makeup, clothing, hair products, ect., meant a woman was putting herself first. After all, is that not what the feminist movement was all about, having a stake in a man’s world without losing one’s femininity?”

You can buy a Frida Kahlo barbie doll. You can buy a Frida Kahlo Cosmetics Box Set. Snapchat made a whitewashed filter for you to even “become” her. In reality, Frida resisted the feminine expectations imposed on women. She rejected the stereotypes of all oppressed people. Liberation News states that while “corporate sanitization distorts Frida,” the commercialization of her image is “based on a genuine global popularity and appreciation of not only Frida the artist, but Frida the political radical, trailblazer and unapologetic partisan of the world’s working and oppressed people.”

I don’t see how somebody could possibly think buying “Frida Kahlo products,” that are created by exploited workers, could ever be out of “appreciation.” People using the snapchat filters and buying products with Frida’s face on them is anything but recognizing her political beliefs. It’s more about the fetishization and exoticization of her, her country, and her features, than it is about her “genuine global popularity.”

The commercialization of Frida Kahlo haunts me. Her life and her work aligned with a class politic antithetical to individualism and consumerism. It’s a betrayal of her memory. When we wear socks with her face all over them, we aren’t respecting the real Frida. We aren’t wearing them in her honor — that’s the last thing she’d respect. Capitalist industries are exploiting her image, exoticizing her facial hair, and clothes. Only people who don’t agree with her values and don’t understand what she stood for, would wear those socks with pride. 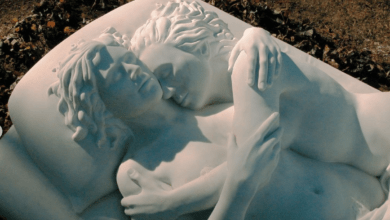 Almost 20 Years of Patricia Cronin’s Memorial To A Marriage 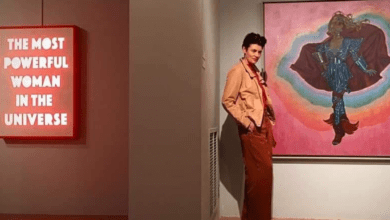 Laughing While Under Surveillance: the Art of Roxana Halls 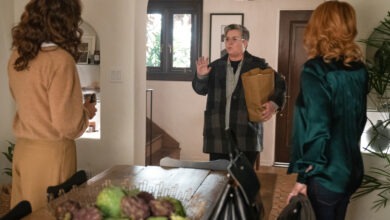