We lesbians are used to living off crumbs. Who amongst us hasn’t watched something just because our favorite actress was in it? So when we saw teaser images of Tig Notaro in the new Netflix action flick Army of the Dead, we were excited! And I know damn well many of you were not looking respectfully. But is this movie worth watching just to see Tig in a pilot’s uniform? Read on to find out.

There’s a reason zombie stories have been around since Mesopotamian times. Many tales featuring the undead prey on our fears. We fear the collapse of our civilization, that like the bodies of the undead, human morality will decompose in the absence of a society. We are afraid that we as humans have already become zombies, just shambling through life already dead but unaware of it. These monsters are a manifestation of our anxieties. You can be safer, but never safe. They’re always around, slowly making their way towards you. And many films focus on survivors dealing with all these stressors. So how does Army of the Dead fit into all this? They went the same route as movies like Train to Busan, World War Z, and 28 Days Later. The zombies are smarter, faster, and stronger. Did this make AotD the must see zombie flick of the year?

No. Not even Tig Notaro could save this one. It’s common knowledge that Notaro stepped in late to replace actor Chris D’Elia after reports of predatory sexual behavior surfaced against him. In a recent interview with Vanity Fair, director Zack Synder admits that it cost “a few million” to erase D’Elia from the film and replace him with Notaro. And at times that is glaringly obvious. During certain group shots, you can absolutely tell she was edited in during post. The virtual eraser marks are especially visible on a 4K screen.

But what’s frustrating is how the script clearly failed her. We know she is funny. She is hilarious. But AotD didn’t give her an opportunity to showcase her trademark humor. It once again serves as a reminder that the part was originally written for a man. And what’s even more frustrating is how little screen time she actually got. There are a few shots of her looking badass, but apart from that she spends most of her time apart from the main group.

Now you might be wondering if the movie is at least fun. It’s not. But I am aware that we lesbians are not the target audience for this film. Having said that, AotD suffers from chronic condition that sadly there is no cure for… Made by a Man Disease. Symptoms include excessive gore, unnecessary sex scene, and female characters dying for Man Pain™. Talk to your doctor today if your media has symptoms of Made by a Man Disease. This entire movie revolved around gore to the point where is seemed like the plot came second. This of course means the female characters get the worst of it. And the most cursed thing this film showed me was a crude zombie c-section of an undead fetus from a beheaded zombie woman. I have not known peace since. Zombie snakes have physically manifested in my home. The screenshot was too cursed to include in this review. Even as a zombie, women can’t escape being killed for undead man pain. This goes double for Dave Bautista’s character whose wife and potential love interest were also gruesomely killed. Speaking of Bautista, his performance was actually quite good. He wasn’t just phoning it in for a paycheck. Which makes even more of a damn shame that this movie was so bad.

But what about the plot? Well, AtoD is part zombie movie, part heist movie. Bautista’s character, Scott Ward, leads a team into zombie infested Las Vegas to retrieve insane amounts of money from a vault under a casino. There was a lot of build up for a whole lot of nothing. Ward is sympathetic character. He is left abandoned by the country he helped save. Left to toil away in a minimum wage job with no family and only nightmares to keep him company at night. This heist was supposed to be his way out. He never got his happy ending. None of them did. Meanwhile, the rich man who lured his crew into a death trap lost nothing, never suffered, and spent the entire film tucked away safely in his multi million dollar mansion. Some might cry “well that’s just how the world is! It’s realism!” So a lone survivor somehow survives being at ground zero of a nuclear bomb detonation? Surely, if we’re going for realism he would have died immediately of radiation poisoning. No, this isn’t realism but sadly another symptom of Made by a Man Disease, so-called gritty realism that offers no emotional catharsis in the way Ancient Greek tragedies do. But the most insulting part of the ending was the use of The Cranberries’ iconic song “Zombie.” It was unoriginal, incredibly tone deaf, and borderline lazy. At the end of it all, I found myself wishing I had just watched Resident Evil. Why? Because Resident Evil succeeded where AtoD failed. And most importantly, the RE movies feature the best action white woman of the 2000’s, Milla Jovovich.

These movies have super-powered undead monstrosities and the main villain is a huge corporation. Despite all the death, destruction, and absolutely bonkers writing, all the corporation loses. Why? Because of one determined action white woman. But if you’re not in the mood for a six-movie marathon, Train to Busan is also a better watch because it does offer emotional catharsis. Army of the Dead just did not live up to the hype. And while I acknowledge I am not the target audience, I was expecting to have at least a little bit of fun. Instead is was left cursed and confused by excessive gore, a weak plot, and a zombie c-section. I would much rather get thrown across the room by Resident Evil 8’s 10′ tall vampire, Lady Dimitrescu than have to watch this again.

We are in dire need of action lesbians. This movie had the opportunity to give us that in Tig Notaro’s character. That alone would have been enough to get the lesbians to suffer through the rest of the film. But it couldn’t even give us crumbs. 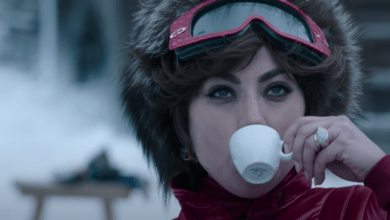 “Our Name, Sweetie!” Lady Gaga in House of Gucci 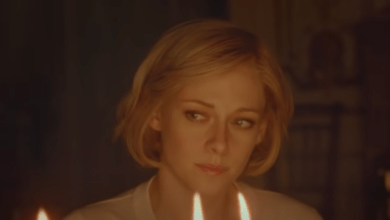 “Spencer”: Kristen Stewart Represents the Other as Diana 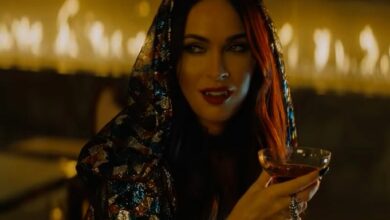