There’s a new lesbian Christmas film in town: A New York Christmas Wedding. And while its release has been somewhat overshadowed by Hulu’s Happiest Season, A New York Christmas Wedding is definitely worth your time. With a meagre 5.2/10 on IMDB, this movie is unlikely to become a Christmas cult classic. And yet it could become a part of our lesbian festive traditions. For what this film lacks in polish, it more than makes up for in camp and charm.

Rewind to Christmas 1999, and Jennifer Ortiz is a flurry of festive activity. With fresh baked cookies and homemade eggnog, she’s getting ready to impress – her closest friend, Gabby, is due over at any moment. There’s an intensity to Jennifer that goes above and beyond the call of friendship. And when Gabby blows her off to spend time with a new boyfriend, Jennifer’s devastation will be instantly recognisable to any lesbian who spent her teens pining after a best friend. They get into a fight and fall out, never to speak again.

Fast forward to the present day, and Jennifer (Nia Fairweather) has moved on from her humble beginnings. She lives in a ritzy Manhattan apartment with her Black and bougie boyfriend, David. Though Jennifer left a job at Goldman Sachs to work in a veterinary clinic, David and his parents are still very much invested in the world of finance. They want David and Jennifer to get married in a flashy Christmas Eve ceremony, turning what should be a celebration of love into a status symbol. This pressure makes Jennifer realise that what she wants is very different from the life David is living.

After she storms out of dinner with David’s parents, Jennifer bumps into her Guardian Angel. As you do. Doling out sage advice with a flourish, he has definite Sassy Gay Friend vibes. Azrael’s words to Jennifer are a mixture of “What are you doing? What, what, what are you doing?” and It’s A Wonderful Life. Sure enough, the next morning Jennifer wakes up in bed with Gabby (Adriana DeMeo). And in this alternate universe she gets a taste of what life could have been if they’d chosen each other.

The chemistry between Fairweather and DeMeo makes for a compelling love story. Though the plot is improbable and cheesier than a stuffed crust pizza, you can’t help but root for Jennifer and Gabby. The struggle to convince their parish priest to marry them in the church where they were baptised and confirmed is a painful one.

While uplifting, this storyline is not always satisfying. The church’s history of abuse and violent homophobia are covered up with a band-aid of liberal tolerance. A New York Christmas Wedding runs perilously close to being pro-church propaganda. But it also brings to life the struggles of lesbian and gay couples committed to their faith.

It’s easy to dunk on this story – several reviewers already have done. But given that only last year the Hallmark Channel refused to air a lesbian kiss, the importance of films like A New York Christmas Wedding cannot be discounted. And, let’s face it, there aren’t many films like this one. Not even Happiest Season, celebrated as a ground-breaking lesbian Christmas film, can claim this level of representation.

Happiest Season stars household names that appeal to a mainstream audience as well as a gay one – Kristen Stewart, Aubrey Plaza, Alison Brie. It’s a Hollywood film with the backing of a big studio. A New York Christmas Wedding, by contrast, has little of the budget or hype of its Caucasian counterpart. With background actors conspicuously absent for most of the film, it’s the least populated version of New York you’re ever going to see – on screen or otherwise.

Though shot with skill, as demonstrated by the sensually lit love scenes, there’s a DIY aesthetic from start to finish. As a result, solemn scenes can be hard to take seriously. At the vet’s where Jennifer works, a dog is pronounced dead. Just as the sad music hits its crescendo, the doggy actor moves his eyes and gives a noticeable twitch. The moment was intended as a tearjerker, but this reviewer cried tears of laughter.

Still, the DIY ethos isn’t an entirely bad thing. Like I’ve said before, indie films offer meaningful and plural forms of lesbian representation. And that is A New York Christmas Wedding’s greatest strength. This is a Christmas film that follows a bisexual, Afrolatina protagonist on her path towards love with her Italian-American lesbian wife. It’s a New York more recognizable to many than Miracle on 34th Street.

When they visit Jennifer’s father for a Nochebuena dinner, their culture is key to the Christmas celebrations. It may be a white Christmas, but it is not a ‘whites only’ Christmas. In the ofrenda, we see Jennifer’s mother – a Black woman rocking a full afro. And her father speaks Spanish for the majority of the film. By comparison Happiest Season – like pretty much every other Christmas movie – is whiter than the driven snow.

Is A New York Christmas Wedding perfect? No. But is it good? Absolutely. This is a film that leans into all of our favourite Christmas tropes: melodrama, sappy soundtrack, omniscient narrator, angelic intervention, and a resolved ‘what if?’

It’s also a story with a powerful message. The culture of gift giving puts consumer capitalism on steroids. With this in mind, it’s nothing short of a Christmas miracle than Jennifer walks away from a straight marriage in moneyed Manhattan for a same-sex relationship in the neighborhood where she grew up.

A New York Christmas Wedding is now streaming on Netflix. 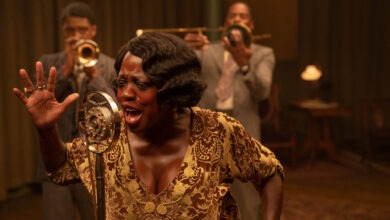 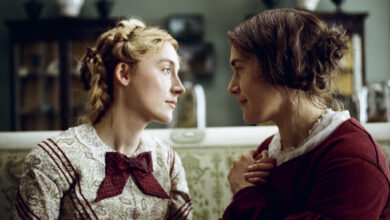 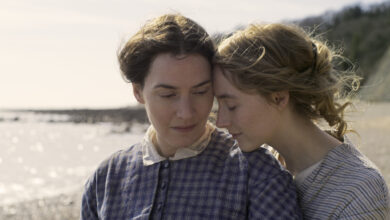 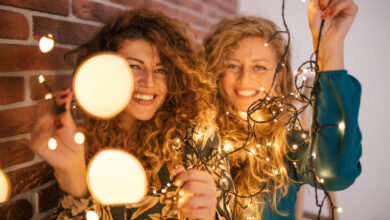 A Few Lesbian Holiday Movies We’d Like To See