Phoebe Dynevor, from the Netflix series Bridgerton, is set to act and executive produce an upcoming Sapphic Amazon series: Exciting Times. The romantic series is an adaptation of Naoise Dolan’s novel of the same name, about an Irish woman who teaches English to children of affluent families abroad and catches feelings for another woman.

Naoise Dolan’s debut novel, Exciting Times, received glowing reviews in 2020. “There’s a certain dry, almost deadpan quality in her observation of the lives of her twentysomething characters – the complications of attraction, and the gap between what’s felt and what’s spoken; calmly articulated self-loathing, and precise capturing of class differences,” writes Holly Williams for The Guardian. “Dolan seasons the novel with insights about class, gender, race, colonialism, and language, though the result does not always bring depth of flavour. The most insightful – and raw – of these are the caustic observations about Ireland’s repressive attitudes to homosexuality and abortion and how they damage individual lives.”

Like the country itself, Irish art and literature explores and battles feelings of repression in a distinct, recognizable and highly enjoyable way. Whether it be the suppression of sexuality, especially female, or the suffocating poverty — think Frank McCourt’s Angela’s Ashes — Irish literature cleverly balances the crushing state of anguish with self-deprecating humor, wit and charm. Want suffocating poverty and repressed female sexuality? See Irish play The Beauty Queen of Leenane.

Some believe the new wave of writers are disbanding from such gloomy, but beautiful, traditions in Irish literature. Justine Jordan wrote for The Guardian, in 2015, “Irish fiction is flourishing. Gone is the conservative writing — all nostalgia and sexual repression — of the Celtic Tiger years. The writers of the new wave are original and bold.” The Celtic Tiger years were a period of almost a decade of economic growth in Ireland between 1993 to 2001.

Claire Kilroy, Irish author of The Devil I know (2012) said the Celtic Tiger years killed imagination with money. The dark conventions of Irish literature were incongruous with such economic growth. “There weren’t that many significant debuts during the entirety of the boom,” Kilroy says. “Back then, by becoming a literary writer, you were pretty much setting yourself in opposition to the dominant ideology of the time, which was to make money, buy property and spend ostentatiously. I would suggest that a large proportion of my generation has been artistically neutered, for the time being at least.” Ireland’s independent identity was fractured by capitalist desires and Irish art suffered.

I disagree with Justine Jordan’s assertion that the new wave of Irish writers are disbanding from traditional Irish trauma-telling — it would be sad to see it go. It seems that new writers, like Naoise Dolan, just want more diverse experiences of Irish repression addressed. Perhaps Naoise Dolan’s novel, and Phoebe Dynevor’s series adaptation, reinvigorate the much-loved way Irish literature airs the country’s dirty laundry along with a good belly laugh post-Celtic Tiger.

One of the subjects in Exciting Times is a trauma still taboo to talk about in Ireland (and most places): societal repression of homosexuality. Sure, in many countries us gays have it better than we ever have, but our repressed experience is one even Irish authors aren’t able to get to the nitty-gritty about yet. Irish literature is the oddly satisfying pain of touching a bruise. It’s time Irish literature touches the repression of homosexuality.

Over the last couple of years, Ireland’s gay authors are pushing to discuss their experience. The author Paul McVeigh was a gay kid brought up in Belfast. He found refuge in the library, which saved him “from the febrile atmosphere on the streets, a difficult home life and ‘the kind of trouble being an effeminate boy got you’,” according to The Irish Examiner. However, “he struggled to find stories that represented his life and experience, especially from an Irish perspective.” Homosexuality was well and truly swept under the rug, both globally and in Ireland.

His life came full circle when, as an adult, Pat Cotter of press Southword Editions invited Paul to edit a collection of LGBT texts: Queer Love: An Anthology of Irish Fiction (2020). “Pat said there had been an anthology [The Irish Eros, published in 1996] which had featured just two pieces on Irish gay life and one was a poem by a straight man,” said Paul McVeigh. The 2020 anthology “is just a small attempt at saying ‘here we are and here’s the way we love’. There aren’t many books that focus on gay people and there are even fewer on the love lives of gay people. It’s the same thing as ‘I don’t really mind gay people but I don’t really want to talk or hear about what they do in bed’. Even in films or on TV, the depiction of the gay person is often of the camp, funny best friend. We very rarely see them in bed with their lover.”

The anthology’s publication coincided with Exciting Times’ year of publication, in 2020. Phoebe Dynevor’s series adaption will go one step further for lesbian, gay and bisexual Ireland. It will announce, world-wide, the movement of Irish authors demanding their own homophobic repression be discussed in the same charming way Ireland traditionally tells stories of trauma: openly, honestly, and with a bit of pants-wetting laughter. 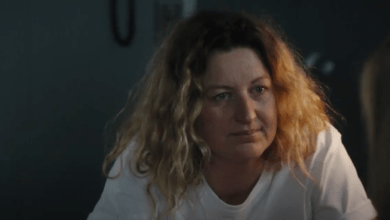 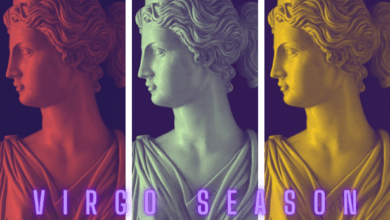 Change and Grounding are Coming – Your Virgo Season Horoscopes are Here! 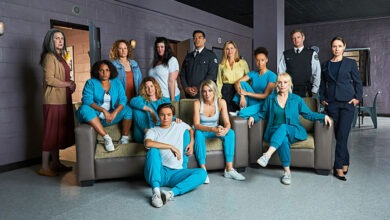