Students are suing Pendleton Heights High School and South Madison Community School Corporation over the alleged discriminatory treatment of its Gay-Straight Alliance club. The group believes the club isn’t able to fundraise, recruit, or advertise on campus like other groups.

The American Civil Liberties Union of Indiana filed the lawsuit on behalf of the Gay-Straight Alliance club members. They claim the school “has imposed undue, unequal burdens on the student group,” according to IndyStar. “In doing so, the suit alleges, the school is violating the students’ First Amendment right.” As well as violating the First Amendment, the lawsuit alleges the unequal treatment violates the Equal Protection Clause of the Fourteenth Amendment to the U.S. Constitution.

While other clubs are allowed to advertise, recruit, and fundraise, the GSA is not. “According to court documents, Pendleton Heights’ GSA reformed this year after a hiatus. There is a teacher sponsoring the group who allows students to meet after school in their classroom. But even though the school has allowed the group to form, the complaint alleges that it will not allow it to advertise its existence on the school’s bulletin boards, radio station or anywhere on school property.”

It’s a matter of equal rights. “Students at Pendleton Heights High School may participate in non-curricular clubs recognized by the school,” said Ken Falk, ACLU of Indiana legal director. “By creating additional hurdles for Pendleton Heights Gay-Straight Alliance such as censoring the group’s promotions and prohibiting fundraising, the school is infringing on these students’ rights.”

They’ve got a case. “This group aims to create an environment that provides support to students, during a time that otherwise might be increasingly difficult for LGBTQ students,” said Kit Malone, advocacy strategist at ACLU of Indiana. “The differential treatment aimed at Pendleton Heights Gay-Straight Alliance by administrators is unwarranted and these students must be treated in the same manner that all other student groups are treated.”

The Equal Access Act (1984) states that there cannot be unequal distribution of federal funds to different noncurricular student groups. The school is not allowed to discriminate access based on “religious, political, philosophical, or other content of the speech at [the group’s] meetings.”

Not being allowed to recruit, advertise, or fundraise, has denied support to LGBT kids. The ACLU said not being treated equal to other groups has “severely hindered” the GSA, especially “in its purpose as a place of shelter, support, and education, not just for LGBTQ students, but for all Pendleton Heights High School students.”

Not the first time…

LGBT students have said recent discrimination against the GSA isn’t the first time they’ve been treated unfairly at the school. “This summer, a group of Pendleton Heights students and parents approached the South Madison school board over a directive that teachers remove rainbow pride flags from their classrooms. The district had told teachers they couldn’t display the flags because they are supposed to remain neutral and not engage in political speech.”

At the time, South Madison Community Schools Superintendent Mark Hall, told IndyStar that the district isn’t discriminatory to LGBT students. “We pride ourselves on creating an environment that is welcoming to all,” he said. “Teachers are legally obligated to maintain viewpoint [of] neutrality during their official duties to ensure all students can focus on learning, and we can maintain educational activities and school operations.”

Community members, including students, approached the board to argue that pride flags are not “political speech.” School board President Bill Hutton said that displaying pride flags allowed other groups to display their own flags, including white supremacy groups. The community tried to explain the difference but the policy was not reversed.

Students brought up the unfair treatment of the GSA at the same meeting, but the school’s principal views the group as an “unofficial club.” Only “official” groups may “advertise, fundraise, and be included on the list of clubs in the school’s student handbook.” The lawsuit is asking the court to provide the GSA with equal access to “school facilities and avenues of communication, including fundraising opportunities, provided to curricular and official clubs.” 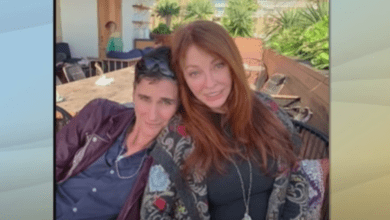 Yours, Cruelly: Elvira Comes Out! 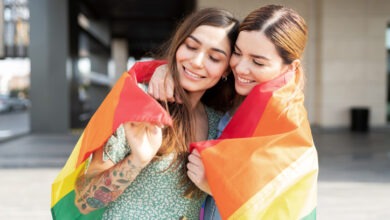 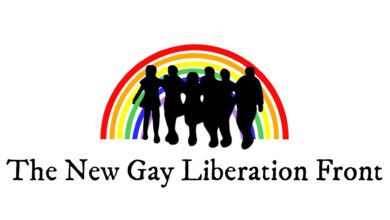