Whenever I see the announcement for a film about a lesbian or bisexual Black woman, I’m filled with two feelings. The first is joy; relief that her story is recognised as one worth telling. And the second is apprehension. A fear that her relationships with other women will be erased from the narrative.

Cinematic erasure of Black women’s same-sex desires was popularised by Steven Spielberg, who wrote Celie and Shug’s love out of his adaptation of The Color Purple. A lot has changed since 1985. And recent films like Ma Rainey’s Black Bottom, where the blues icon’s lesbianism is affirmed as a fundamental part of her, made me hope that representation was improving. But the The United States vs. Billie Holiday erases her bisexuality.

Some might argue that with a film so broad in scope – dealing with the civil rights movement, telling the life-story of a legend, and exposing the institutional racism of the FBI – some cuts were needed. Multiple critics have already pointed out that The United States vs. Billie Holiday is lacking in clear theme or direction. And tighter editing could have resolved the film’s biggest flaw. That being said, the choice of what to feature and what to cut is a significant one.

It was telling that the one sapphic sexual encounter was over before it even started, snuffed out by a hotel bell-boy’s refusal to let Holiday join Tallulah Bankhead (Natasha Lyonne) in the elevator to her hotel room.

Billie Holiday and Tallulah Bankhead were lovers. This is indisputable fact: Holiday wrote about it in her memoir. Bankhead came to watch Holiday sing at The Strand Theatre night after night – a gig Holiday nearly lost because of their backstage displays of affection.

This relationship was hinted at in the trailer for The United States vs. Billie Holiday. It opens with a shot of Holiday and Bankhead in a jewellery shop, playful and close. The trailer hints at the closeness of the relationship, too – in one scene they’re locked in a passionate kiss, and in another Holiday confides her fears of being followed by the FBI.

But none of those scenes made it into the film. They ended up on the cutting room floor. As a result, The United States vs. Billie Holiday gave the impression these women were nothing more than friends. Aside from a passing put-down about “bulldaggers” – a scene which, stripped of context, smacked of ‘no homo’ – the screen version of Holiday made no other mention of same-sex desire or relationships.

It’s ridiculous that a three minute trailer offered more in the way of meaningful bisexual representation than a film that ran over two hours. More than that, it’s an editorial decision that amounts to queer-baiting. The trailer tantalised lesbian and bisexual viewers, drawing us in with the promise of passion between Holiday and Bankhead. But the movie did not deliver.

Yes, there are good points to The United States vs. Billie Holiday. Andra Day dazzles in the starring role. She brings to life Holiday’s fierce pride, sultry charm, and extreme vulnerability. More impressive still, she does a fine impersonation of Holiday’s distinctive voice, leaning into its silky highs and gravelly lows. And the costumes bring to life the glamour of the jazz age.

But the erasure of Billie Holiday’s bisexuality undermined the authenticity of this story. The film explores the racism of the United States government, the misogyny of the boyfriends who beat and controlled Holiday. So it’s ironic that The United States vs. Billie Holiday recreates the homophobia that was weaponized against her in life. 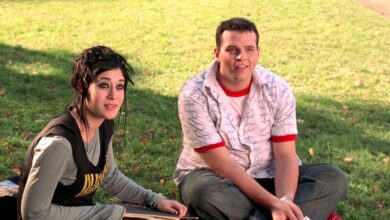